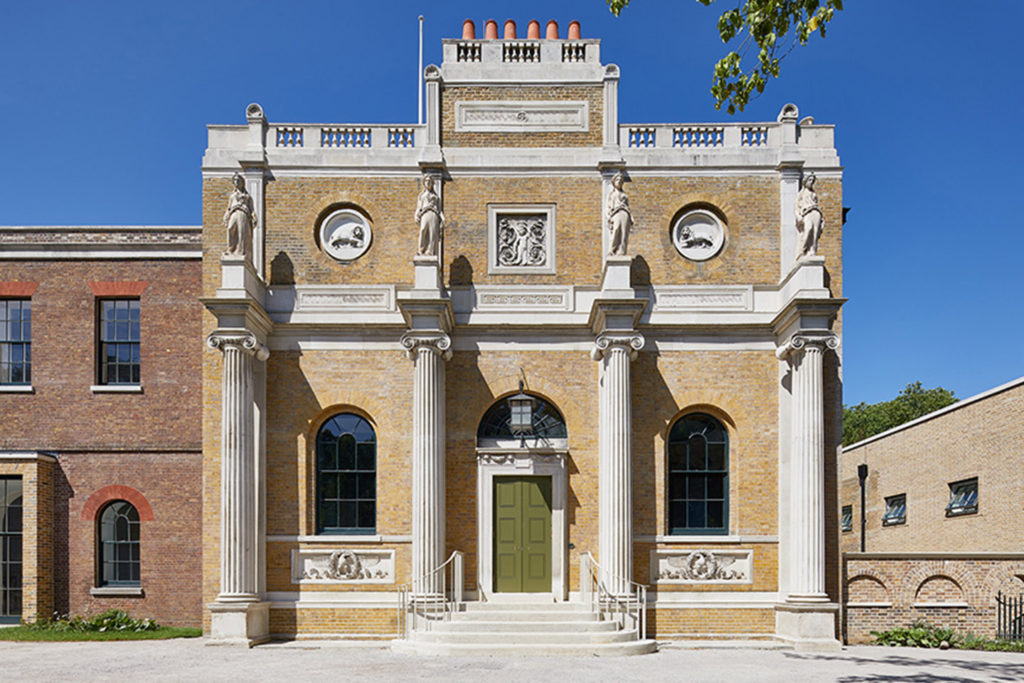 Previous renovations had nearly wiped out Soane’s interiors at this mansion, but a three-year project revived his designs and installed a new, modern art gallery.

Sir John Soane liked to party, so much so that in 1804 the architect built himself a weekend retreat in the then-rural borough of Ealing, about ten miles west of London. The Neoclassical-style Pitzhanger Manor was a place for Soane to show off his architectural prowess as well as his lavish taste through infamously rambunctious dinner parties for English cognoscenti.

However, Soane’s tumultuous personal life cut short his pastoral paradise. Just six years after Soane finished construction of his manor, he fell into financial ruin and was forced to sell it. Pitzhanger cycled through a handful of private owners who took their liberties with the building. Some of its more prudish Victorian owners even went so far  as whitewashing its decadent details, covering up Soane’s tricks of light, and demolishing the conservatory that blurred boundaries of indoor and outdoor space—all frighteningly modern ideas. The manor was eventually handed over to the local authority Ealing Council in the 1930s; the council built a public lending library for the borough on the site of Soane’s demolished kitchen block.

200 years after Soane moved out, his lost touch has returned home. Following a three-year, £12 million restoration financially backed by the National Lottery Heritage Fund and helmed by the London-based architecture practice Jestico + Whiles, the Pitzhanger Manor is re-opening to the public. Many of Soane’s masterful details have been restored, and more of the house is now accessible to the public than ever before.

The London office of architecture firm Jestico + Whiles won the bid for the project back in 2009 with a proposal that included an all-star team of preservation experts Julian Harrap Architects, museum specialists Ralph Appelbaum Associates, interior decoration gurus Hare & Humphreys, and landscape architects J & L Gibbons. (English law requires all restoration projects on a public building to be an open call.) Jestico + Whiles were to act as lead consultants. “Curating your own teams means you can bring on board people you respect and admire,” Heinz Richardson, director of Jestico + Whiles, tells Metropolis. “We worked together in a way that gave everyone the space to bring their own expertise to the project.”