Renovation of Pitzhanger Manor | The Guardian 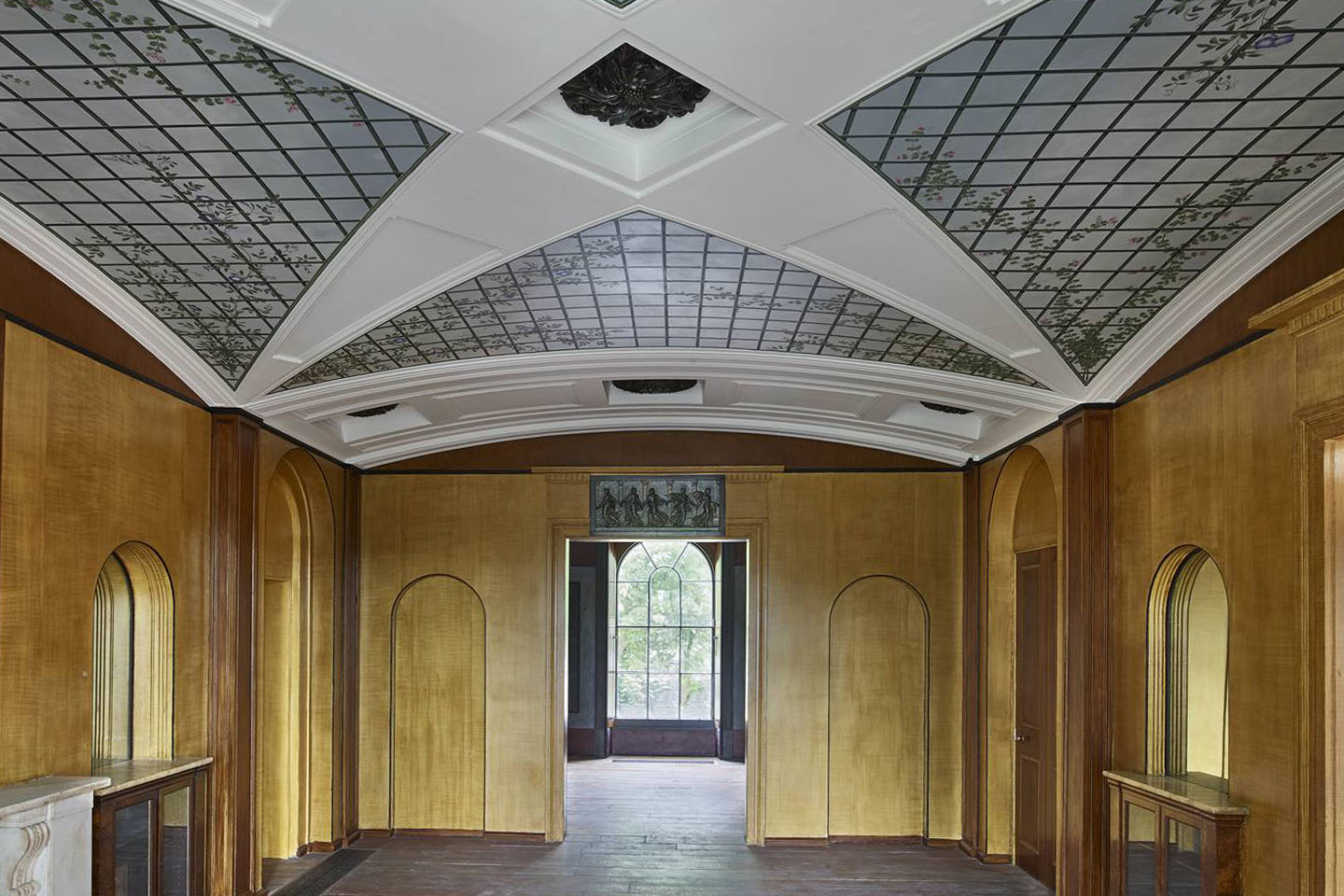 Sir John Soane’s country house, in what is now the London suburb of Ealing, has been restored to its Regency glory and is reopening to the public

John Soane was brilliant, inventive, self-important and controlling. He was passionate, moody and difficult. And, if he was not the first or last architect to have this portfolio of personality traits, he expressed them – especially in the homes he designed for himself and his family – like none other. An ancient Egyptian sarcophagus, the paintings of William Hogarth, family portraits, plaster casts and models of classical masterpieces: all would be orchestrated by Soane’s architecture into intricate private universes of personal and global history.

The best known were numbers 12, 13 and 14 Lincoln’s Inn Fields, successively built and embellished from 1792 until the 1830s, which now form the Sir John Soane’s Museum. But there was also Pitzhanger Manor in Ealing, then a rural town and now a suburb of London. Built from 1800 to 1804, Pitzhanger was Soane’s country house, a symbol of his status as architect to the Bank of England and a showpiece of his skills and ideas. It was also meant to educate Soane’s two sons, whom he hoped and expected to become architects, by surrounding them with the eclectic collections of art and archaeology that were an integral part of the design.

Until recently, Pitzhanger has been something of a ghost. Its contents went to Lincoln’s Inn Fields when Soane sold the manor in 1810. It was modified and extended by later owners and eventually turned into a public library. Soane’s interiors were covered up and painted over. One room was restored in the 1980s, but Pitzhanger remained little more than a place where you might drop in if you were a resident of Ealing, or to which Soane enthusiasts might make a dutiful but unsatisfying pilgrimage.

All this has been changed by an ambitious restoration directed by the architects Jestico + Whiles and the conservation expert Julian Harrap. The clutter of time has been removed and missing chunks of building reinstated. Paint has been scraped so as to discover and reinstate the original colour scheme. For the first time in two centuries – and even though it’s not possible to return the paintings and sculptures that were once there – you can get a sense of what Soane intended. Which was to be as surprising and impressive as he could.

The experience starts with the entrance approach, placed at an angle so as to make the house look as dramatic and as large as possible. It continues with a high black-and-ochre hallway, sombre and funereal, heavy with the sense of millennia past, from which you can reach its opposite, a room of supercharged red and gold. Next there’s a (newly rebuilt) conservatory, almost modern in its spare lines, filled with pungent plants.

He can verge on the pompous, with multiple references to ancient temples and tombs, and with an entrance facade modelled on the triumphal arch of the Emperor Constantine in Rome. His dressing room is painted to look as if it is hewn out of marble. There is a big glass construction in the top of the house that looks as if it might flood some great hall with light, when in reality it has servants’ bedrooms awkwardly crammed underneath it. Its purpose seems to have been to look impressive from outside, when illuminated at night.

He misses no trick to make the house look bigger than it really is, but his grandiosity always comes filleted by lightness of touch and unceasing invention. The walls and corners of rooms are always dissolving into mirrors and ceilings into illusionistic paintings of skies and trellises that suggest that you are actually outdoors. He likes arches and domes, architectural elements that tend towards the massive, but decorates them with skinny lines that make them look weightless. To wander round a Soane interior is to be presented with endless views through one space into another and, thanks to those mirrors, infinite reflections of other rooms.

In Soane spaces you are in Soane’s world. They are experienced like internalised landscape gardens, as successions of contrasting effects – of light, of scale, of colour, sometimes of scent and touch – in which the horizon and frame of reference is set by him. You have to accept them on his terms or not at all.

For his sons, who rebelled against his plan to make them architects, it was all too much. One, George (a violent and abusive husband, who went to prison for debt and fraud), wrote an attack on Soane’s work that (the architect believed) contributed to his wife’s death. For the modern visitor, the great man’s ego is less of a burden. You can feel it, but you can also appreciate the rooms it made, which are never less than intriguing. At their best, they mesmerise.